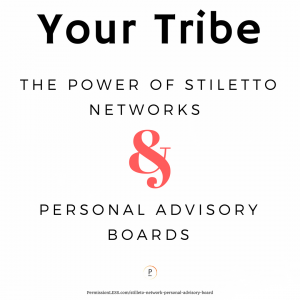 The past few years have been a huge learning curve for me. Ever since leaving my agency 3+ years ago and diving into the entrepreneurship game, I’ve had to shake one of my primary habits: Being a lone wolf. ?

When I say “lone wolf” I’m exaggerating quiiiiite a bit, but anyone who knows me knows that I liked to operate swiftly, quickly, and most of the time I ended up doing it alone. Not because I thought I was superior, but because I was uncomfortable asking for help. I always thought I should know how to do everything myself, and if I didn’t, I was a failure if I couldn’t figure it out.

And GOD forbid I ask someone for help. It was like a death sentence for me. Well guess what? Things don’t scale that way in business, and relationships are what keep you sane. It’s boring AF. I truly realized the power of growing and learning with a group when myself and other collaborators launched a studio/creative collective last year. It had a good year run, and then we closed up shop in early 2017. What? You didn’t know about that?! Many people don’t. I took a LOT of lessons away from that which I’ll share at a later time, but the most important thing I took away was some close personal and professional relationships, and people that I’m proud to call my friends.

My point being, is during that time, I had to lean on a lot of close friends who have done the company rodeo thing, especially in the entertainment industry, for honest feedback and as a sounding board.

So… I’m going to let you in on a little secret and introduce to you two particular concepts that I’ve encountered in one way or another that’s helped me on my path to success through failure. Those concepts are the Stiletto Network and the Personal Advisory Board (PAB).

While they will seem similar in the beginning, the primary differences between these are,

When I first came across the concept of the “Stiletto Network” I have to admit; 1) Badass name. Anything that involves a stiletto and a “fight club” vibe is awesome in my book. 2) The concept behind it is extremely fascinating, and something that we’ve almost been doing but not quite hitting the mark on.

The concept of the stiletto network was coined by Pamela Ryckman. The best way to summarize it is probably how she does it on her website:

“During the past few years, women’s groups have been coalescing in every major American city. Formidable ladies across industries are convening at unprecedented rates; they’re forming dinner groups and networking circles, and collaborating not only to achieve clout and success, but also to create a more just, equal society.

Stiletto Network is about those groups: the “Babes in Boyland,” “Power Bitches,” and “S.L.U.T.S.: Successful Ladies Under Tremendous Stress.” It’s about what happens when bright, caring women—from captains of industry to aspiring Millennials to moms launching businesses in their basements—come together to celebrate and unwind, debate and compare notes. But it’s also about what happens when they leave the table, when the talking stops and the action starts.”

The “Boys Club” has existed for-ev-er, and there are still some country clubs that separate the men’s area from the women’s area. And the thought of there being more concentrated power in groups of men also extends to groups of women. The Stiletto Network can be extended to men or mixed gender groups as well. While the power of this network is in the fact that it’s primarily women (I mean, the name…) the concept is one that transcends gender. I actually think there’s immense power in men and women conspiring together, but let’s focus on the true meaning of the Stiletto Network and its benefit in our lives.

Not to make this sound like fight club (ok, I kind of want to make it sound like fight club, obvi because this is the second time I’ve mentioned it) but these are my interpretations of what will be needed to create or participate in a strong Stiletto Network (for either gender… but for the purpose of this, I’m referring to participants as women).

How do you find these unicorns? Start connecting and building relationships. Eventually you’ll connect on a deeper level and get past the annoying small talk we all hate. Try finding local meetups for women in business, women in entrepreneurship, women in (insert industry/group here). Meetup.com is a great place to find local events, or you can scour for local women focused organizations and see what they have coming up to participate in.

Spread out and go to conferences and events where you’ll find like-minded individuals. When you find “the ones” you’ll know — and it’s likely they’ll have someone in their corner they trust, and want to bring into your Stiletto Network too. It’ll start organically without you even realizing it. Propose the get togethers and see how they go. Don’t start them with any expectation and use them as a training ground to see how everyone interacts, and whether you’re building each other up with knowledge, truthbombs and interesting conversations, rather than spiraling.

The PAB, from my interpretation and how I choose to share the concept, is extremely similar to an advisory board that you would see within the company. IE: They’re not always individuals who are hands on in the daily operation of the “company” (you), but they have a holistic, personal and professional understanding of the company (you) and are looked upon to give guidance in tough situations.

Many times, people on advisory boards have different areas of expertise and different backgrounds, and have seen many successes and failures. They have history and grit.

When I described the Stiletto Network above, one of the main benefits was that it’s mutually beneficial; meaning, you purposely ask for a favor, knowing that you’ll give someone the hook up in return. The advisory board scenario is more about *you* needing feedback and having people around you to support you. You may not be on the “advisory board” of everyone who is on yours, and that’s okay.

For your PAB, here are some guidelines that I’ve found to be helpful:

So, what’s the key difference? The Stiletto Network is fashioned as more of an event or club — a meeting of the minds, if you will. A Personal Advisory Board is ongoing. These people are your lifeline. They’re there for you through thick and thin when you’re having a business crisis, personal crisis (though hopefully not so much that) and are ready to give you feedback.

I’ve tried and had different versions of the above two things. My PAB is still going strong and has basically kept my sanity throughout the past few years of entrepreneurship. I don’t know where I would be without them.

And WHY do these things even matter? Because being a lone wolf is no fun. Life and business are driven by relationships, the joy others bring (and that YOU can bring to them) and different perspectives. We grow when we surround ourselves with people who are smarter than us, stronger in different disciplines, are the strengths to our weaknesses, or more experienced in areas we aren’t.

You probably have one of these in place already, and you don’t even realize it! Do you prefer one over the other? Are you going to seek them out? Let me know ALL THE THINGS in the comments below! ??